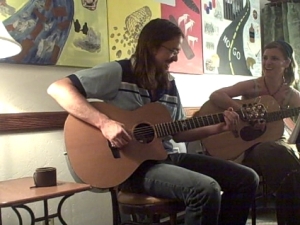 Late Monday afternoon, Jill Marie and Bryson VanCleve pulled their parking brake at the base of the hostel and unloaded a few guitars into our common room. It was just as the sun readied itself for his daily curtain call. We rearranged a few couches and waited for the hostellers to arrive. Jill and Bryson seated themselves on chairs with a backdrop of colorful Community Walls murals, which local Yurok Tribe high schoolers created last year to teach our travelers about this community, and its walls. An ideal backdrop for teachers of the soul and of soulsearching, Troubaduo, a.ka. Bryson and Jill.

The hostellers arrived. The band played. And it was O’ So Good. 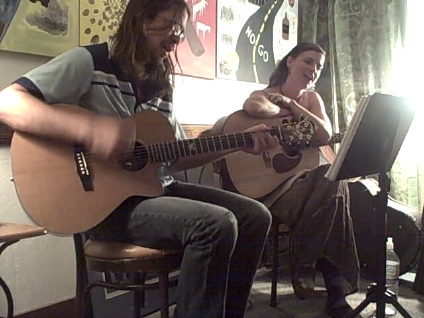 Listen for yourself as they sing “Favor From Lucy”, “You Can’t Hurry Love” and “Waiting for the Sun to Rise”. If you haven’t been here yet, these clips will give you the flavor of our communal spaces and laid-back atmosphere, if you pay attention to the occasional person poking their head in from the kitchen, or the impromptu Q&A between artist and audience, or the off-screen chuckle of a child. Jill and Bryson said this has been one of their most intimate shows–sitting two feet from your audience is an exercise in intimacy!–and they and we alike both felt the soul-stirring feelings we get, all too rare, when art gets to enter the everyday life.

Troubaduo, fresh from their set at Blue Lake Casino…

…will rock the house tonight!

As they make their way around the western United States, what better place for a “soul singin’ songwriter duo” to perform than surrounded by Coast Redwoods and the Pacific Ocean? Traveling musicians Bryson VanCleve and Jill Marie will perform a free all-acoustic show at the Redwood National Park Hostel tonight, May 18.

Collectively known as Troubaduo, Jill and Bryson will play both original songs and songs by some of their favorite artists, such as the Rolling Stones and Johnny Cash. The show takes place either on the hostel’s ocean-view deck or around the woodstove, depending on the weather.

While their music has a folk/rock essence, the two bring their own talents together to back each other up on stage. Jill’s charismatic Sunshine Pop sound combined with Bryson’s high-energy soul-singing voice should make for a show that fits perfectly with the serene surrounding of the hostel.

Both artists have released CDs recently, and Jill Marie’s song “Season of Wishes” was chosen for the Make-A-Wish Foundation’s 2007 holiday campaign song. While the show is free, donations are accepted. Check out their videos for a preview of what you’re in for, which is a show you don’t want to miss. 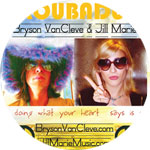 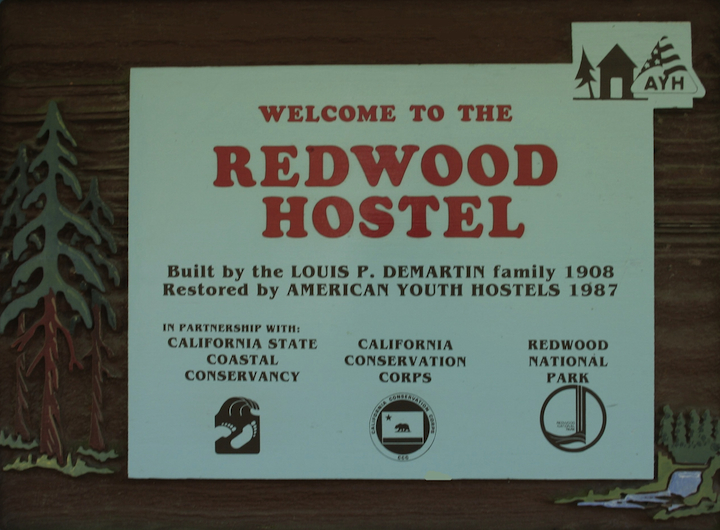